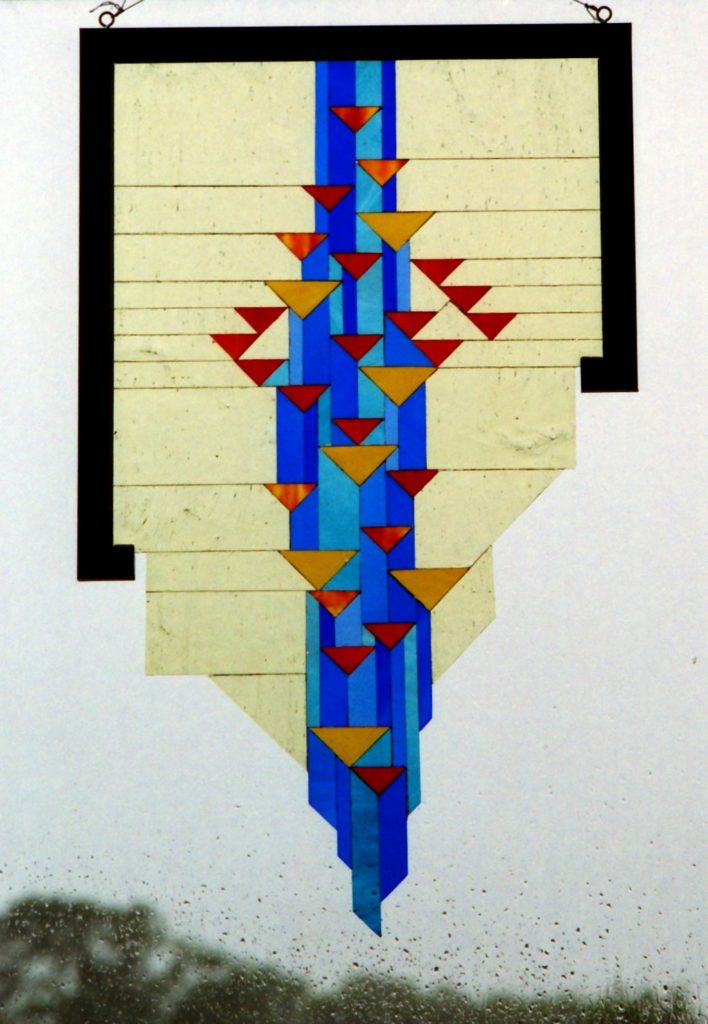 Warin Kelly was born in 1942. He trained at the Architectural Association London, and has worked in Private Architectural practice in London and Devon. He is self taught as a Glass Artist,and is Inspired by the work of contemporary German and American Glass Artists. His first glass commission was carried out in 1984. He was a member of the 1989 and 1990 Master classes at the Architectural Glass Department, Swansea College of Art, under Johannes Schreiter and Jochem Poensgen respectively.

Subsequently he has attended courses on Glass fusing with Detlef Tanz, and Glass Painting with Jonathan Cooke. As well as Public and Private commissions, Warin Kelly has constructed a number of Exhibition panels, some using experimental gluing techniques. He has twice submitted entries for the prestigious Hetley Hartley Wood competition, taking third prize in 1988 with a design for the Heritage Centre in Bolton, which was exhibited in the Museum of Stained Glass at Ely Cathedral. In 2000 he constructed a panel for the Millennium Exhibition in Celle, Germany.